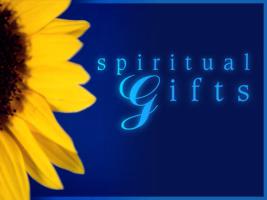 Resources will come—knows that where God guides He provides… “that’s God’s problem!”

If no one’s following, you’re just taking a walk!

Yet most would rather be ruined by praise than helped by criticism!

E.Leaders are not afraid of making tough decisions and sticking with them

1.     Their delegation is often misunderstood as a lack of concern.

Nehemiah not only had to repair the broken down walls all around Jerusalem, but also 12 gates.

And so he assigned a leader (delegated) to oversee the work on each of the 12 gates.

You that are followers:  just because a leader delegates doesn’t mean he’s unconcerned.

Leaders:  show concern…make every attempt to be involved as well…(servant-leader)

Pastor at risk:  You can only do so much…have to delegate/learn to say no/limit counseling to 1 hour (delegate assignment!)/train someone to take something over

Inevitably someone will see delegation and say, “the pastor doesn’t care!”

I need to do all I can to show that I care, but you reach a certain point where you have to show your care in another way:

I care enough not to allow myself to get burned out

…to lose my health…lose my family

If I save that marriage and lose my own, I have to leave the ministry!

If I work so hard trying to please everyone that I burn out, I will have pleased everyone for a few months, and blown the 30 years I had to go!

It is a necessity for a good leader to delegate, and followers must understand that.

Fact is, I want things to be done 1st class…but you can only do a couple of things and do them well…or you can try to do everything and do it poorly.  Better to train 10 people to work than to do the work of 10 people.

I could spend a few minutes on a project and do a poor job of it…or could delegate it to someone who can invest the time to do it right.

“The successful pastor surrounds himself w/ people who can do the job better than he can”.

Leaders:  perception is reality!  You don’t want to be perceived as unconcerned.  I’ve challenged the followers to be understanding…but what if they’re not?

What can you do to help avoid the danger of seeming to be unconcerned?

Leaders have to have thick skin…they’re not deterred by criticism…and oftentimes it looks like they’re callous/hard hearted.

Leaders cannot have the luxury of wallowing in self-pity every time they’re criticized.

The answer is yes, to all the above…but most important is that I’m right w/ God, even if what we do sometimes is not popular…after that, it’s in God’s hands, He’s my defender!  I'm performing for the audience of One!

Look how Nehemiah responded when criticized:

6:3   3 And I sent messengers unto them, saying, I am doing a great work, so that I cannot come down: why should the work cease, whilst I leave it, and come down to you?

(on visitation:  you can argue on a doorstep w/ someone who only wants to win you, or you can do what Jesus did and go to those who want help and need it!)

Some criticisms hit closer to home…when it’s not a stranger, but a brother or a sister.  But strong leadership isn’t chopped down by the dullest blades that come against it!

On the other hand, strong leadership learns its weaknesses/liabilities/potential dangers/likely misperceptions, and does all it can to avoid them.

Satan wants to take out men of God (bullseye)…and he’s taken out a lot of us (friends of mine) by convincing us to take the credit.

Ill.—no limit to what God can do here if it doesn’t matter who gets the credit, and if God gets all the glory for it.

(give man the glory, put him on the pedestal, you’re setting him up for the fall…and yourself, too!)

More people have been destroyed by success than failure ever thought about destroying!

It takes a special person to be able to handle success/authority…and here’s why:

Ill.—Barney Fife syndrome—get a couple of deputies under you (Gomer and Goober) and they want to put their feet up on the desk and tell ‘em what to do/be a big shot/throw their weight around…Andy left Barney in charge/as soon as taillights out of sight… “You heard him, I’m in charge, now hop 2, 3, 4!”  "Here at the rock we have certain rules!"

Leaders, remember that the God who promoted you can bring you down

Here’s some shaky platforms of leadership that will ultimately give out:

Survey of employees:  What do you want from your boss?  Multiple choice answers to choose from:  better pay/benefits/vacation time?   No...more respect (#1)

The only platform to lead from that is stable, not shaky:

I Tim. 4:12—“let no man despise thy youth, but be thou an example of the believers…”

Paul:  Kid, respect doesn’t have to do w/ age…but…respect is not a gift…it must be earned.

If people respect you, they will follow your leadership, even if they don’t like you!/even when you rub them the wrong way/even when they don’t agree w/ you!

Leaders:  what platform are you leading from?  Don’t do anything to undermine respect…be an example.

Leadership is one of the spiritual gifts…no more important or less important than any other.  But we all are leaders at some level!